If you’ve never heard of the El Camino de Santiago trail, you are not alone. But, if your idea of a fun vacation is hiking or cycling your way through Europe, filled with history and meeting new people – read on.

My husband John and I became aware of this adventure through the movie, The Way, starring Martin Sheen and his real-life son Emilio Estevez. (This movie chronicles how one father continues the journey after his son dies on the trail.) The movie has a bit of a cult following as fearless souls want to test themselves – walking – yes, walking, their way from various cities throughout Europe to the city of Santiago de Compostela in northwestern Spain.

Now you are probably asking yourself why would anyone want to walk 200+ miles to get to a 1000-year-old church, but in this case, it’s not as much about the destination as it is about the journey. Originally the Camino was only known as a religious pilgrimage trail – taking pilgrims to the church where St. James, one of Jesus’ original apostles, remains are said to be buried.

Today, however, the word pilgrimage seems to have become an international term for any personal journey that involves a physical challenge taken by foot (or bicycle). And although there are many pilgrimage trails around the world involving many different faiths, most people today aren’t doing the Camino for religious reasons – they are doing it as a personal challenge.

There are six different main “routes” (and hundreds of smaller ones) that are all considered part of the Camino. “Pilgrims” as they are known, even if the journey isn’t for religious reasons, can start from any location. But, if you want to get an official certificate at the end in Santiago de Compostela, you need to document that you walked at least 100 miles. (This is done by having your “pilgrim’s passport” stamped at churches and various authorized locations (specific restaurants, stores, and hotels along the route that have been granted special permission to have an official stamp.)

The “French Way” and the routes through northern Spain are centuries old and are listed as World Heritage UNESCO sites. But there are routes through pretty much every country in Europe; Belgium, Germany, Ireland, Switzerland to name just a few – but ALL roads end in Santiago de Compostela, Spain. The routes are very different and some much more strenuous than others – therein lies the decision of how much of an “adventure” you want your journey to be.

Our El Camino experience began in Porto, Portugal and took us 10 days along what is considered the “Coastal Route”. Travelers can choose where to start, where to stay along the route and how long to take. Many travelers – especially younger adventurers will camp or stay in hostels along the way. A virtual tourist industry has built up along the cities and towns that the Camino passes through. Since we had limited time we chose to stay in hotels along the route and splurged on using a service that moved our heavier suitcases from city to city while we carried our daypacks from town to town each day.

We walked/hiked 10-20+ miles each day, beginning along the coast of Portugal and Spain. But our route quickly turned inland. Sometimes the trail took us through beautiful forests and rural towns, vineyards and farms but sometimes we went right through large industrial cities. It was fascinating to simply depend on our own two feet to get us where we needed to be at the end of a long hard day. Most of the main trails are pretty well marked – but we did manage to get lost a couple of times. The best markers are monument-style cement monoliths with ceramic tiles of yellow shells which is the historic symbol of a pilgrim, and an arrow showing the direction you need to follow. But often it was like a treasure hunt trying to find some of the more obscure symbols that had been spray-painted on everything from telephone poles to sides of barns.

The most fascinating aspect of the journey was the fellow pilgrims we met along the road. Since we were most likely going at the same pace as our fellow travelers along the route, we would often catch up with other groups at least once or twice a day. Sometimes we got the chance to share a meal or just a cool drink at a pit stop. But always the stories of each person’s reason for undertaking the adventure was what made the long days of walking in the hot sun bearable.

Many people told us we were crazy – and that we should be lying on a beach somewhere drinking frozen Margaritas – but those vacations might be quickly forgotten. Walking your way through a foreign country is a guaranteed experience of a lifetime and the fellow pilgrims we met will stick in our memories forever. Hopefully, we will get a chance to go back and experience another route someday.  But for now, we are happy and proud to say – “we walked the Camino!” 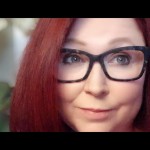